Parents are going to love the new 2018 Honda Odyssey. Kids? Well, they’ll love some of it, but they’re going to hate other parts of it.

As expected, Honda rolled out the fifth-generation Honda Odyssey this week at the North American International Auto Show in Detroit. It doesn’t look all that different from the controversial lightning bolt styling on the fourth generation, but it’s packed with new technology and features that will have parents singing praises and kids finding out that they can’t get away with as much as they used to.

For starters we have the new CabinWatch camera feature. This lets those in the front see what little Billy is up to in the back without needing to turn around. Instead, they can just toggle the camera and peek at the 8-inch high-res touchscreen in the dash to see exactly what the little scamp is up to. The system even works at night with night vision capability. I told you kids are going to hate parts of it.

Once you catch Billy doing something he’s not supposed to, you don’t have to yell. You don’t even have to make him take his headphones off. Just push the CabinTalk button and his television show playing on the LTE WiFi-connected rear entertainment system will pause and your voice will broadcast, god-like, directly into the headphones. There’s very little chance he’ll be able to ignore you. He’s going to hate that too.

Parents don’t even have to answer the tired old question, “Are we there yet?” Honda’s taken care of that with a new app that lets passengers track their progress. Everybody will love that.

Smartphone capabilities allow passengers to upload music to the audio system, control the rear air, play streaming video on the rear entertainment system and many other things. The kids will adore it, and it’s most likely parents will too. 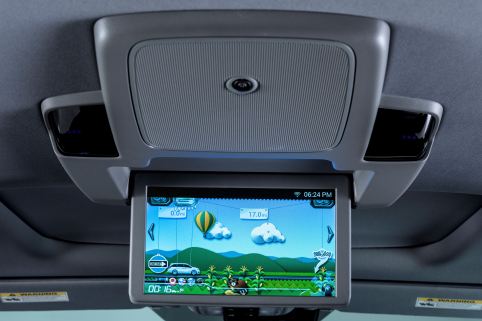 There is even more to love under the hood with an upgraded 3.5-liter V6 engine that make now makes 280 HP. That is up 32 ponies from 2017. Higher trim models also get a new Honda-built 10-speed transmission that promises smoother, quieter road manners. Speaking of higher trim levels, the ventilated and heated seats, adaptive cruise control and a raft of other features that used to only be found on higher end luxury sedans could keep even the most cynical van hater happy.

Those who really appreciate minivans love them, and Honda is giving them even more reasons to stay in love starting sometime this spring. Those who haven’t liked minivans in the past might need to take a good long look at the Odyssey too, because there’s a good chance Honda will be changing the haters’ opinions.